The art of Steve DiPaola uses pattern recognition software to reconfigure the world around us. Similar to the efforts of the Impressionist art movement, which attempted to replicate the effects of light on the perception of space, DiPaola has created software that is able to transform images into moving patterns suggestive of organic forms or painterly brushstrokes. This process is generative, meaning that the exact outcome of DiPaola’s programming is not pre-determined.

In Pareidolia, the artist focuses on the lobby of the Arts Centre—the space surrounding this artwork. Referencing the phenomenon of “pareidolia,”(the detection of patterns in an environment where there are none in reality) DiPaola’s software is able to reduce the architectural and spatial forms of building’s interior into a series of mesmerizing movements. Patrons and employees of the Arts Centre are shown absorbed into the space and objects around them, making it difficult to identify where one subject ends and another begins.

In this way, DiPaola realizes a holistic vision of the Arts Centre, commenting on the deep interconnections between any given place and the people who inhabit, activate, and enliven it. Simultaneously, DiPaola draws attention to the building itself. Whereas the lobby normally acts as a meeting area, or a blank space in which to arrange artworks, DiPaola’s artwork reimagines it as a place of vivid activity and beauty. 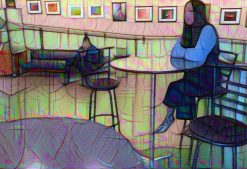 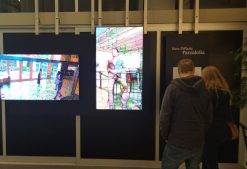 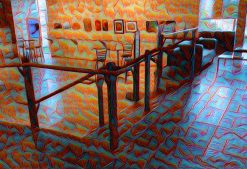 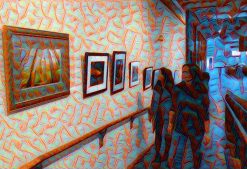 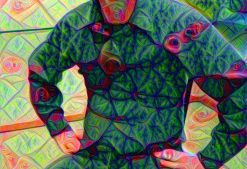 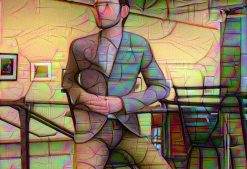 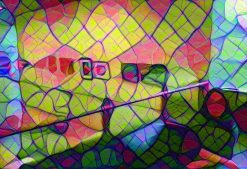 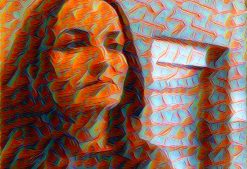 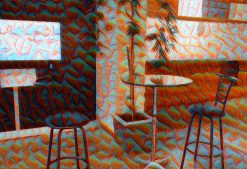 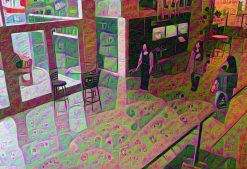